The Annual Luminaria was held last night and once again the good people of Cedar Point did their share. Thanks go out to the many first time participants who walked the jetties with the milk jugs, sand, and candles and to those who did it twice to get all the makeshift lanterns lit.

It was a wonderful crowd and I had a chance to visit with some great old friends. Robin Chin of the Mariner was company for a while and you can look forward to seeing his work later in the week.

This morning began with the clean up and John Kincaid and Peter Martin are owed a debt of gratitude. They swept the big jetty and most of the small one while I got the beach.  The water bottles are rigged to the ceiling of the Cottage cellar now as a start for next year. 180 jugs are needed to pull off this project. I share a few pictures below. 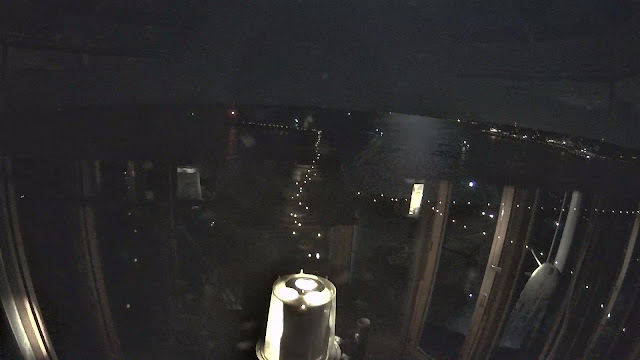 You might notice that the jugs are weaving their way down the big jetty.
The rookies will get better with practice. 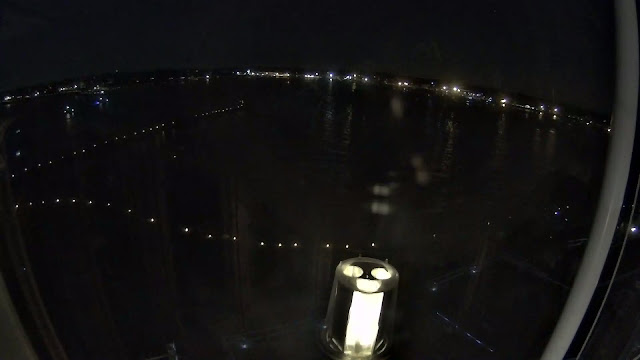 This shot looks back across the harbor.
I can already hear music being played from Cole Parkway this morning.
Both of the pictures above were taken with the web cams installed at the top of the Tower. There have been several upgrades made to all four of the cameras and they should be far more reliable. 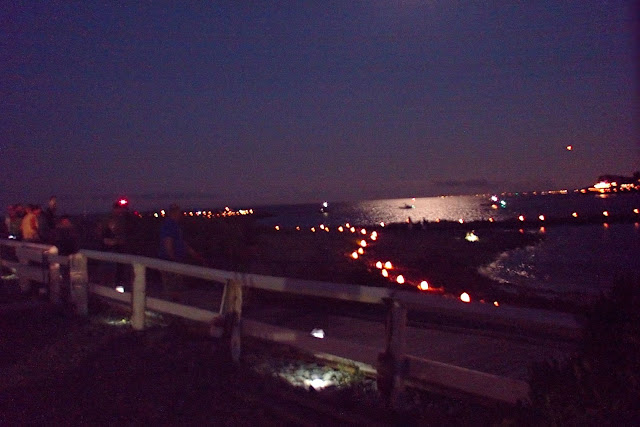 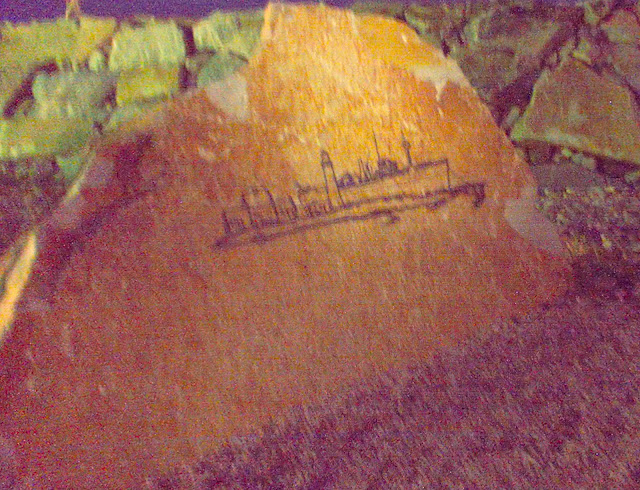 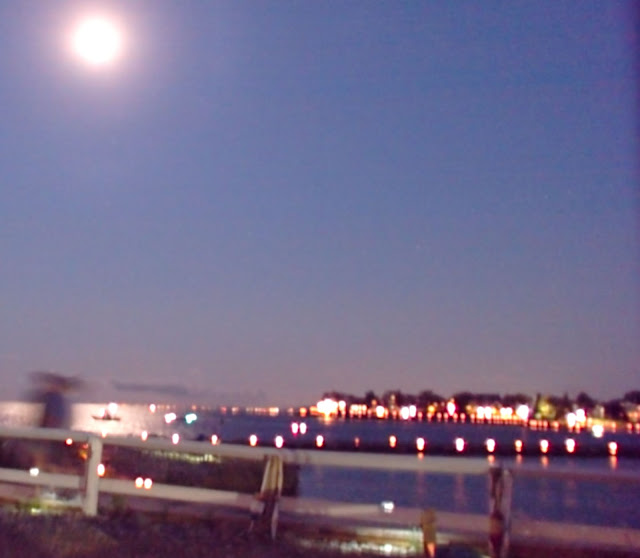