Blogging has been on the back burner once again. Lots of different projects have been in the works and some are close to realization.

All the windows in the Light Keeper\’s Cottage have been replaced at last. This has been a project in several stages and it was wrapped up this afternoon when a second coat of paint on the Utility room windows was followed by rehanging curtains.  It will be warmer and quieter here for sure with this project completed. A partner project was the replacing of old insulation under the center wing and the kitchen wing with blown in insulation. This happened several weeks ago. That task has shored up the floor in the living room as well. That floor has had some bounce in it since a winter of broken pipes several years ago.  Thanks go out to David Ball for making that happen so quickly and easily.

In a week\’s time the fence along the harbor side will be replaced. The posts were picked up in August in order to have time to prime them. Russell Totman will be on the job to dig the holes and Warren Cowing will be along to rebuild the rails. I disassembled the old fence this weekend and found that several of the old posts are ready to be pulled out without any resistance at all.  Betty Foster put them in more than thirty years ago and will luck, (and the revetment) these will last even longer.  We are going to taken advantage of the rails being out to bring the boardwalk in for the winter. The mild fall weather has kept the traffic tooling along on the boardwalk.

There have been several updates to the cameras here at the blog.  In a power outage it will now be possible to run cameras off the generator.  The Tower cameras go out without a simple remedy in a power outage. The new cameras will all tied into the house current and will be powered in a storm.

There is a camera that looks east off the kitchen. One that looks south placed right outside the kitchen door. There is also one that looks along the seawall from a window in the Tower. I tried to take advantage of some cabling that the Town of Scituate left here when they discontinued the wireless access that had been looped off my router. I am hoping for one more that will cover the look to the west and the inner harbor. Here are some looks from those cameras. 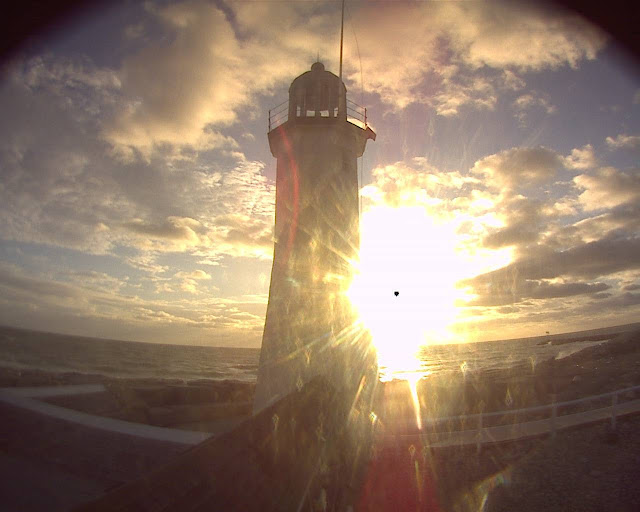 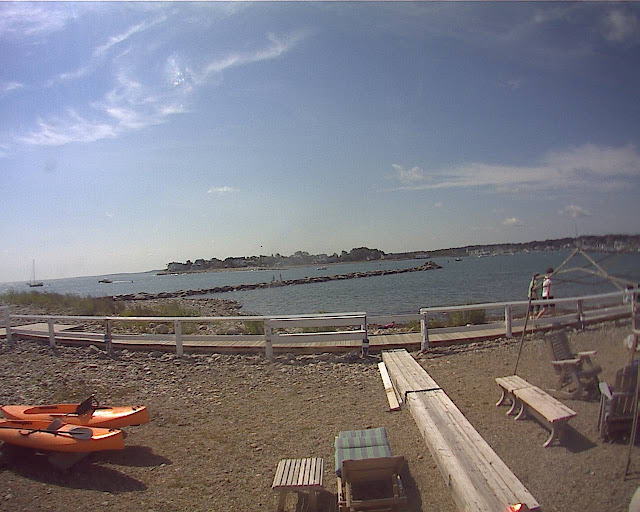 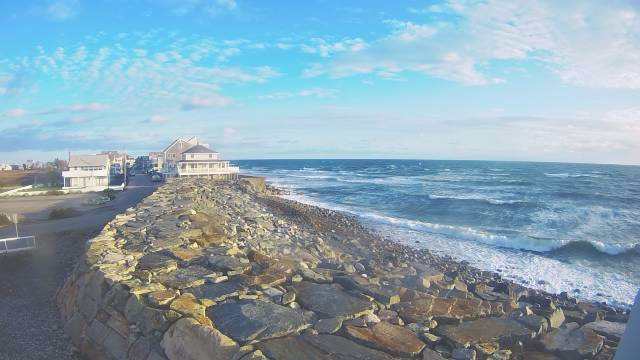 Today I was able to place a camera in the Tower on a tripod. This new camera is pointed at Minot\’s Light.  A snapshot of the view is below. 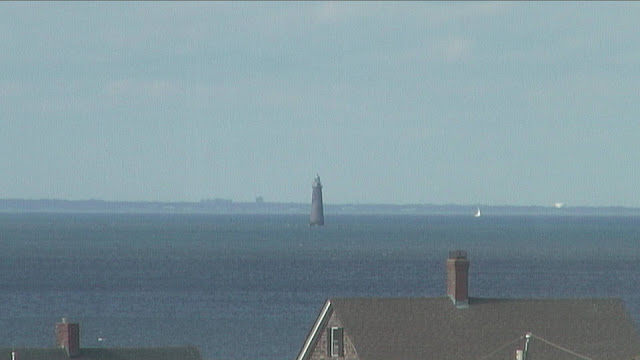 I am really happy to have been able to pull this off. It has been part of the plan for a while and I was never able to find the right tool (in this case an affordable camera with zoom capabilities) until the wonder of Ebay brought one to my attention.  The last step is to find the right weather station and I will have seen that set of goals realized.

There have been a few other ideas brought to life this summer that guests here seemed to enjoy. I placed some banners on the cottage along the fence on the ocean side and it was quite rewarding to see how many stopped to read and note the history shared in this way. The banners were a great complement to the Etrusco stone and the Edgerton Bell. Finding new ways to teach with this site is what I love to do. I will be brainstorming how to do some more of that when next spring rolls around.

One response to “Making Improvements”