It has been nearly 10 full years since the blog first began. What began as an impulse while driving has become something far more solid; something you can point to, use, and go back to for reference. The cameras have become a focus for many and they were only a tiny flicker in my imagination when this started. Thanks go out again and again to the Stahr family for their support of that flicker. I spend quite a bit of time now thinking of ways to improve what we have here and to better share the house and the experience of being here. 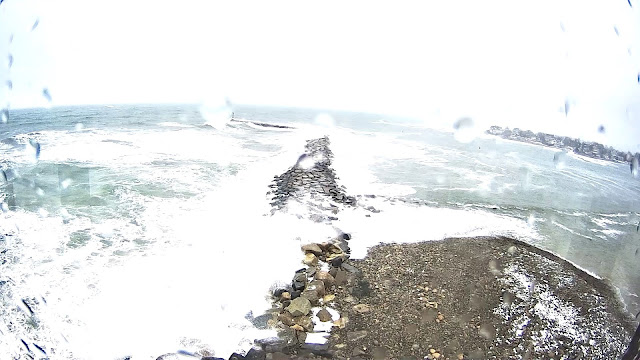 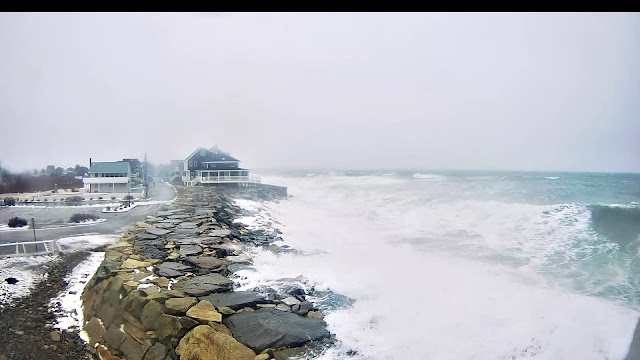 Here are two from yesterday when the first high tide/nor\’easter hit. Something of a dud to tell the truth as the wind never got too big. There was a fair amount of overwash but not a bit of stone with it. Easy way to start off the new storm season.
Work has been completed on the big jetty just in time for this storm. The machines began to be pulled out on Thursday.  I was told they were slightly hamstrung by budget but the most ruined section of the North Jetty is fixed. They made the far end far more solid than it had been and cleaned up the rolling rubble to make a more polished face along the distant third of the ocean side. 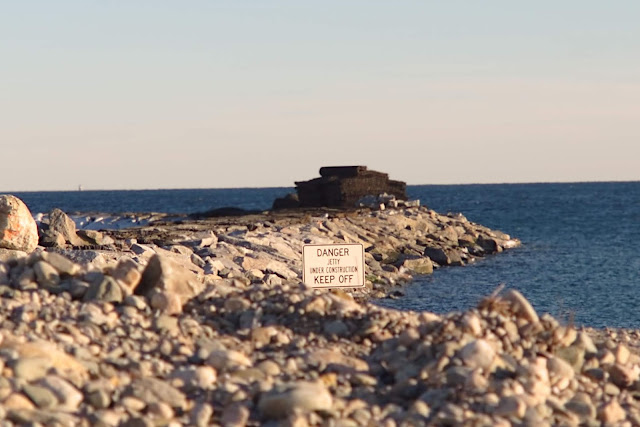 The crew were very good neighbors throughout. I am looking forward to reclaiming the biggest part of the parking lot and restoring the traffic pattern. The fencing has not interrupted the crowds who visit here at all and I have wondered about their safety as the project has stretched into January and past its initial December date. 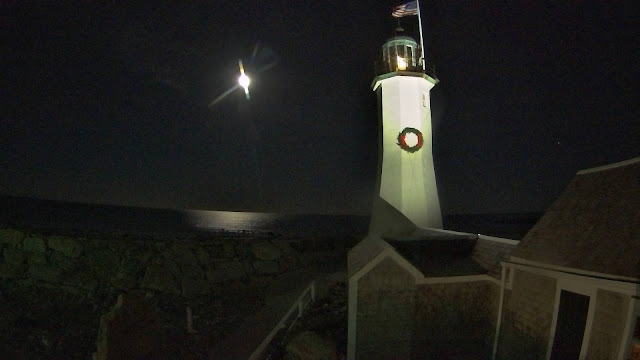 I will offer on Christmas picture to the mix here. The wreath has become an easy to do project and this year it was especially so. This is a neat shot using the Walkway camera. Hope you visit here throughout 2019 until the time comes to put one up again.