You can hear the difference as it winds down. Or most of you can.

This summer has been noteworthy for me as I have dealt with a blockage in my left ear for nearly the whole season. Fluid in the middle ear has pooled and remained caught there despite several attempts at treatment. I have some hearing some of the time; I have little hearing from time to time. Hopefully a Mass Eye and Ear visit in October will resolve this trick or treat aural nuisance.

The second noteworthy mention is that it is the first summer without Haley here. She is doing a term in Australia, Brisbane to be precise. November will see her return before wrapping up Junior year back at American in DC.

So it has been different. Quiet for both reasons described above. We took up puzzles to break up the time and that has been fun.

The Quarterdeck was one of the projects.

Another was old Volkswagen Bugs in Cuba. 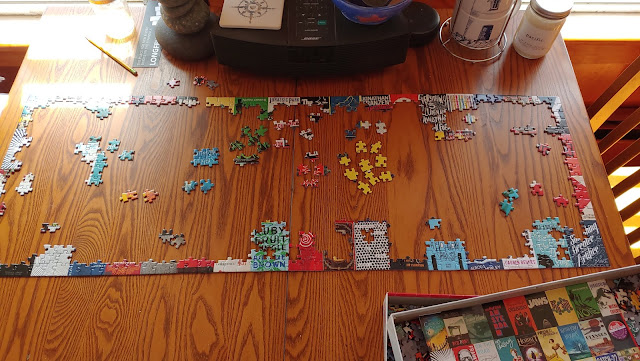 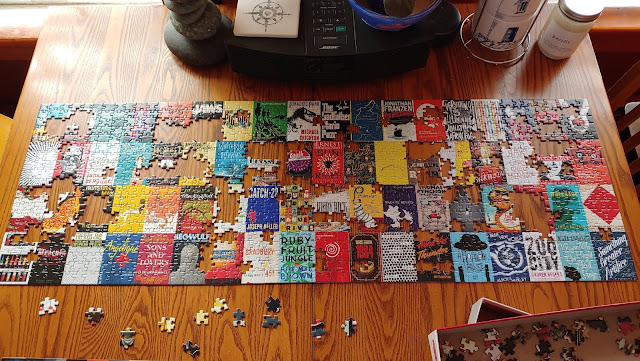 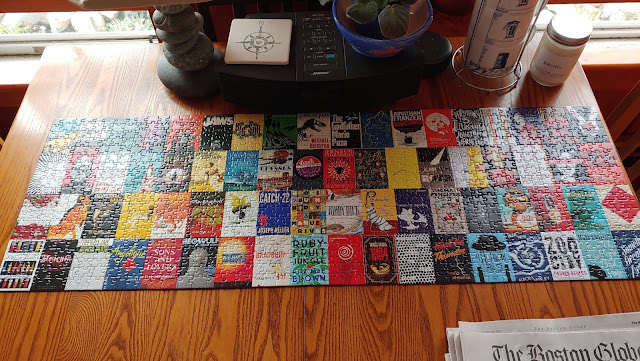 The most recent was a puzzle of classic books.
Reading a wide variety of books has been the main activity here. Mysteries, histories, novels, general non fiction. The highest recommendation would be for a history of the 1936 American Olympic crew team called the Boys in the Boat by Daniel James Brown. This was an amazingly well told story, deeply sourced, heartfelt right to the end.  Well worth your time to take a trip back in time with this writer and this subject.
An engineer has been engaged to at last evaluate the structural integrity of the lantern room here at Scituate Light. There had been several false starts as contact was made but appointments were never held. Rivermoor Engineering has sent its best to help us out. More on that project will be shared as it evolves.
The last few weeks has also seen attention paid once again to the web cams. There is a new one labeled Harbor 180 that can pan and zoom from the edge of the light to Jericho beach. I was thrilled to get the deal I got on it and thanks go out to Johnny C who came through with the ladder I needed to make it happen.
The placement of the Harbor 180 camera meant that I could repurpose another one. That is now the Uptop 4 Way Camera. That offers four perspectives from the Lantern room.  The user name remains viewer. The password is history. 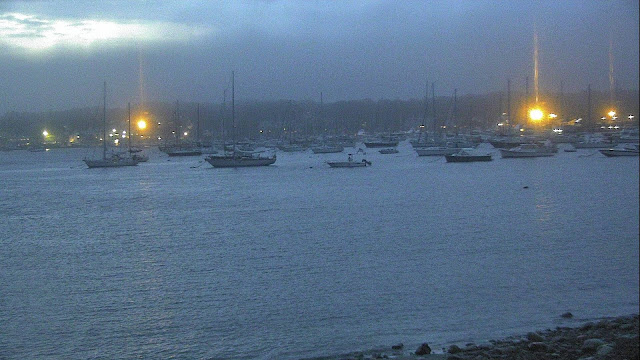 From the Harbor 180 camera. 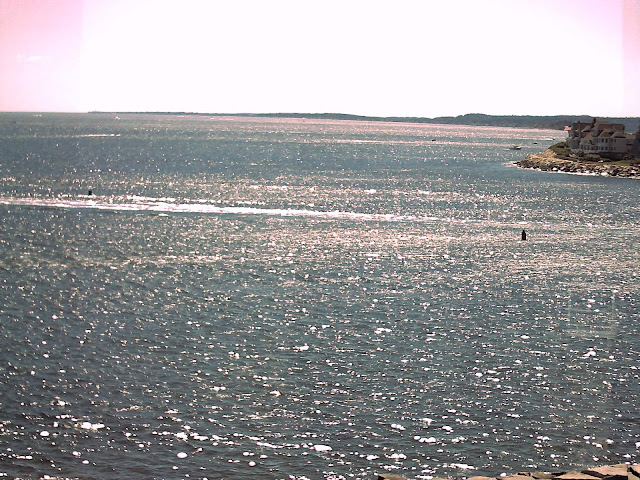 From one of the Up Top 4 Way camera views.
School is back in session on Tuesday with the meetings that kick off the year. Wednesday we see some students and Thursday we see them all.