After a long lapse the blog is back up and running. It has been 11 months since a post and there is a good deal to review.

The last post indicated that things were quiet here as Haley had gone to Australia for a term and I had a blockage in my ear that wasn\’t going away.  Both have resolved themselves. Haley is back in DC, working at Starbucks and online with an internship with the Smithsonian. My ear cleared up but it took chemotherapy to do it. The blockage was caused by a good sized mass in the middle of my forehead caused by lymphoma. 6 months of treatment began in January and I am good to go again. There were some side effects that were a drag but overall I was cared for by a remarkable team with remarkable skills.  Being sick takes a bite out of you but that is in the past. I am feeling better and better with each passing day. The hair is coming back. 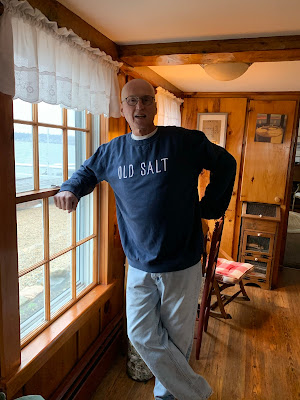 Around the Light the biggest change caused by the pandemic is the absence of the boardwalk. In order to discourage congregating the boardwalk was left disassembled in the yard. Perhaps we gain another year by taking a year off. The crowds have been as big as ever despite the absence of an easy path by the harbor. The Town attempted to cut down on crowds by blocking off a row of parking spaces in the lot but the numbers have been as high as ever all the same.

The gardens have flourished. My sister Lee and Julie did back breaking work in the spring to clean up the beds and even introduce two new ones. There were some swings and misses but I think we have plants in places they will thrive now. A member of the Beautification Committee, Mary Tennaro, saw to it that mulch was delivered and she did her share of weeding prior to laying it down in the garden by the flagpole. She also saw to it that flowers once growing in a Town Hall garden were brought down here for us to transplant.  She has long tended to a memorial garden here and brought all that know how into the mix. 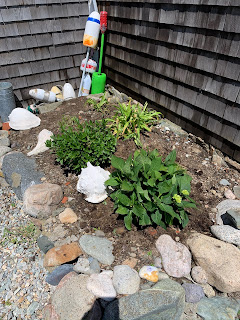 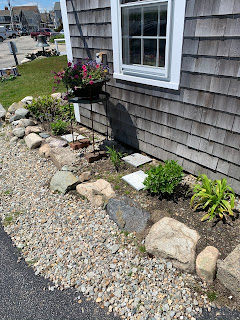 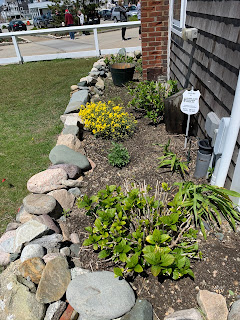 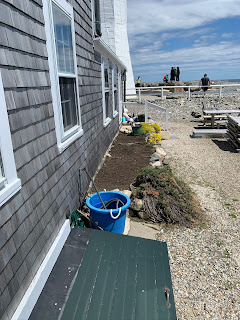 We started with these beds in May. Got them cleaned up and let the weather and the water take us on a ride.  As always clicking on an image will bring you a bigger version of it. 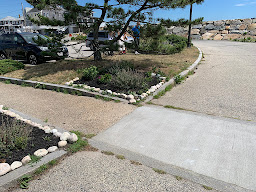 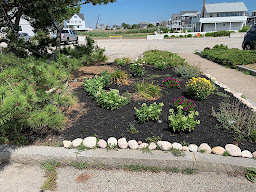 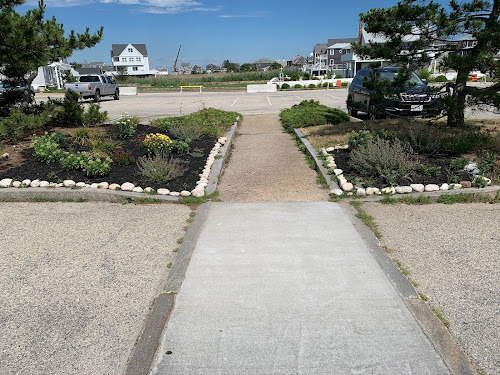 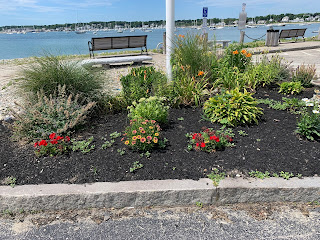 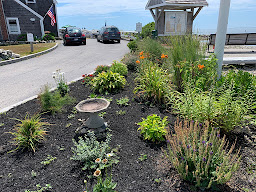 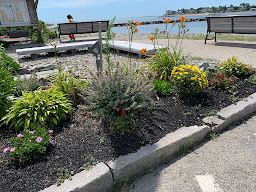 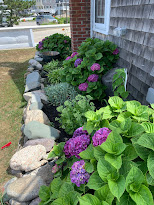 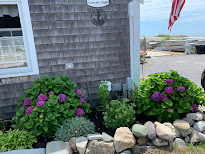 These last few photos are of new gardens that were begun when some dying bushes were removed. It freed up room for some more perennials and a few annuals. Next year I will have even more time to work on it. Lee and Julie got it started and we tried hydrangeas as a anchor plant but they were getting too much sun and had to be moved. They are over by the house now and doing much, much better. This is an example of where Mary T\’s expertise helped us out.
To say I was supported by friends and family throughout being treated is the understatement of the day. Not a day went by without a card or a note.  I was sent a lot of puzzles and got a couple done. My brother shared a picture and a note with my favorite center fielder. 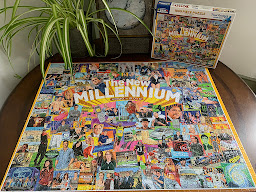 It was pretty cool to be in so many thoughts and prayers and I don\’t know where to begin to express how grateful I am.
In other Lighthouse business I am trying to repair one of the web cams. Turns out it rusted in the wiring and I should have a replacement for the 180 cam inside of two weeks. The others are up and running and when they are not it is usually because power has dropped out and they need to be reset. I get to it within a day as a rule.
I am also working on improving the weather station reporting here. I may need some time to figure that out but there should be a working link for at least wind and temperature in the upper right hand corner.
Julie has a raised garden this year. My sister and brother in law were instrumental in making that happen. 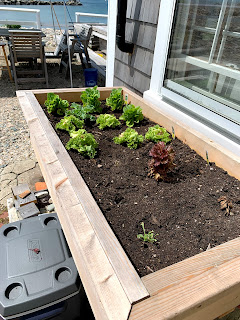 The banners and signs are back in place and it remains rewarding to see how many stop and read them. It helps tell the story and there is nothing I like more than story telling. We also have a new sign on the house with the street number. We had a few grocery deliveries hung up because the driver couldn\’t find a street number. 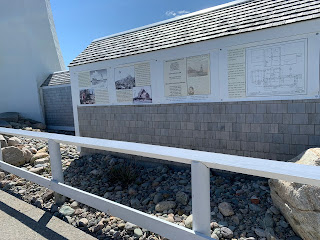 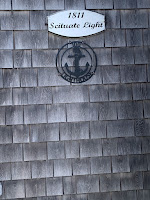 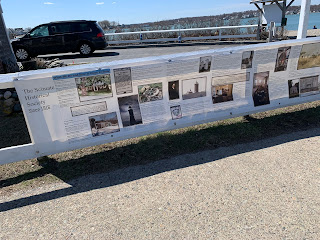 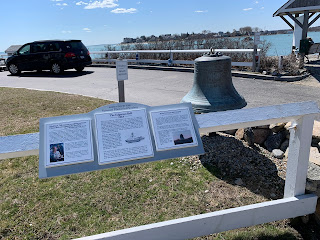 I am on Instagram as well with Lighthouse and family photos. The tag is @bobgallagher44. The blog site has changed which photographs I can make available here and Instagram looked like a good option.
School looms as it did when I wrote last here. No one knows what it will look like. I got a delivery of face shields and masks yesterday and have been preparing to teach remotely along side classroom teaching. A second monitor has been added to the computer array.  Software has been vetted for usefulness and easy student access.  We will try to move them along and bring them to their own perspective on our history and the issues of the day.
I will be more diligent here. One final gift we were given is a new grill from my sister in law. The little one on the left is a new one I bought in the spring and that was assembled by my overworked brother in law. The one on the right is fancy and we took a ride to Rockport to pick it up.
As I have gotten better I have found myself watching a lot of cooking shows. Most of the stuff is stuff I would never eat as it is either good for you or very spicy. Some however, is grillable. This corner is a place to try stuff out. 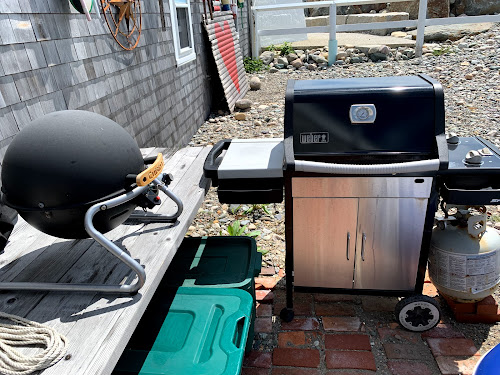