You lose some; you win some.

The Harbor 180 camera burned itself out some time ago and I have been trying to replace it since. My first purchase was a very similar camera that I could not get to boot on. Had to return it after a great deal of experimentation with different cables and ports. You lose some.

The win some part of the story began two days ago. It happened to mark the 12 year anniversary of Julie and I being appointed Lightkeepers. I got a camera that is a slight upgrade from most of the cameras we have available here. I worked out a placement at the top of the light. Looking North is the designation. 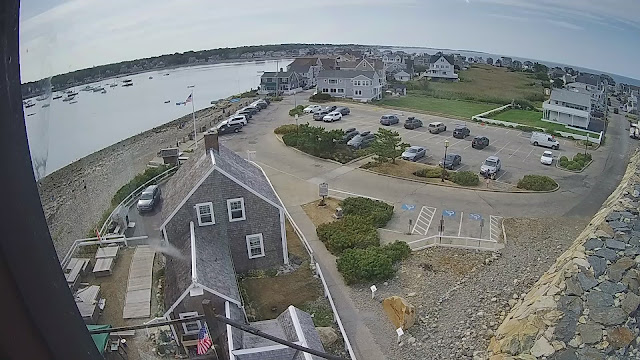 The second part of the project began today. I used the cable that used to serve the 180 camera and mounted another slightly better than we have used before camera. This is the new Lighthouse Beach camera you can find at the top of the posts. 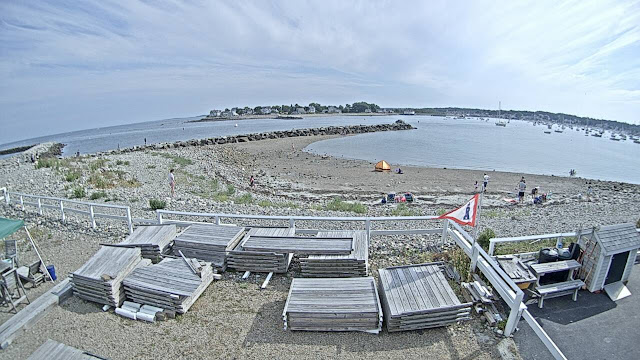 The final part of the project will be to replace the original camera, labeled Around the Horn, with a camera that will be mounted next to the weather station on the kitchen wing. This should cover the big jetty with a lot of detail. That will probably happen two weeks from now.
So one super duper camera has become three upgraded cameras. There is one more port in a router for one more camera but the only angle I haven\’t covered is right in front of the light. I would need a very sturdy camera to bear the wind and the weather that you find there. I will be looking.