Lots of news from the late winter, to the spring and into what will be a different summer.

I did some work back in January on some worn floors. First step was a restorer; the next a wax. These treads needed some attention and the products have held up very well.

The newer floor in the living room was treated too and that transformed a beat up and kinda dingy wood to something that looks much healthier even today.

In February, the bathroom was painted, moving from yellow to Lighthouse white. That\’s what the hardware store called the new color. The ceiling needed the most help and that room was as cleaned up as could be by the end of the February school vacation.  I also installed a new faucet. Looks like an old pump. That was a valuable upgrade as well.
Another upgrade was transforming the brick red baseboards in the kitchen to a putty color that fits better with the floor that replaced the old brick.

From time to time I am offered an upgrade to the web cams and the March upgrades really seemed to sharpen the images. 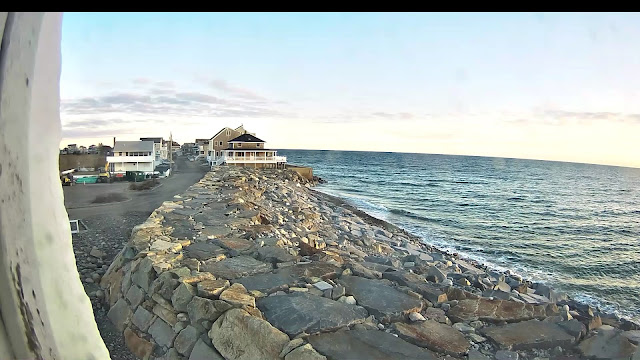 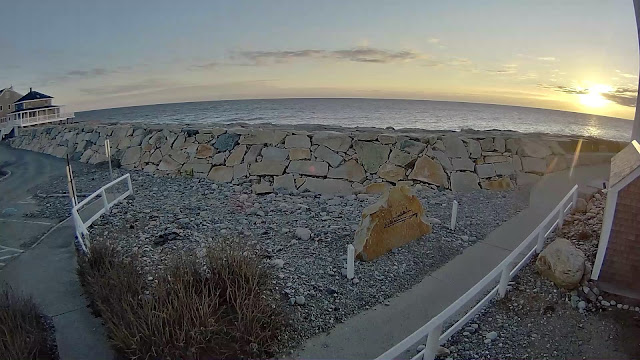 April was all about the boardwalk. I was told that I could not possibly wrestle those pieces out of the yard and back into place but with some patience and some persistence I got it done. The wind worked against me but I figured out how to use the walk itself as a platform and unroll the carpet. Russ Totman had done a great job getting the path level and after that it was just a matter of thinking it through and lugging the panels onto the wheeler. 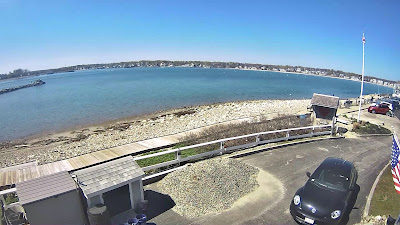 Another project tackled was building a better home for my grill. The spot lies just outside the entry door to the Tower runway. I had had smaller bricks there that had gathered from near and far. I decided a better choice was to use a larger paver and got to work.

The stone that came along with the boardwalk project was repurposed. I got a lot more delivered than I needed to level the walk and some of that was spread into the yard and then to another walk on the ocean side of the house. 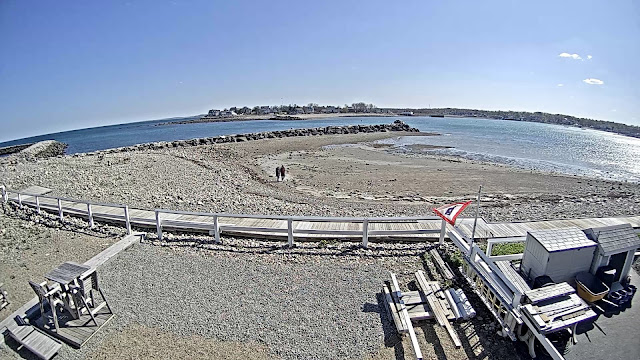 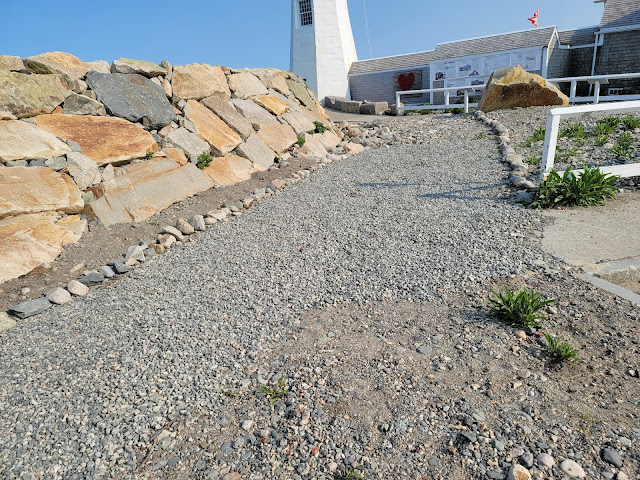 Last year there was a good deal of clean up that I could not get to. Julie and my sister Lee stepped up as did several others in the neighborhood. This year I could get my hands dirty and the gardens and curbs got shined up. In early June the annual neighborhood clean up brought in new annuals and new perennials and a dose of mulch. 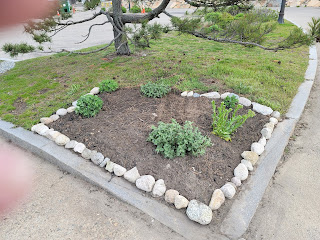 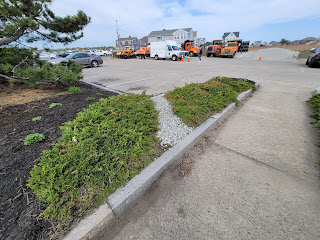 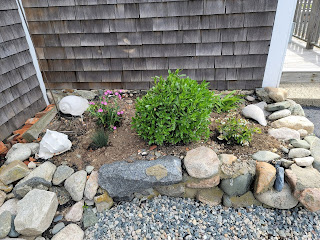 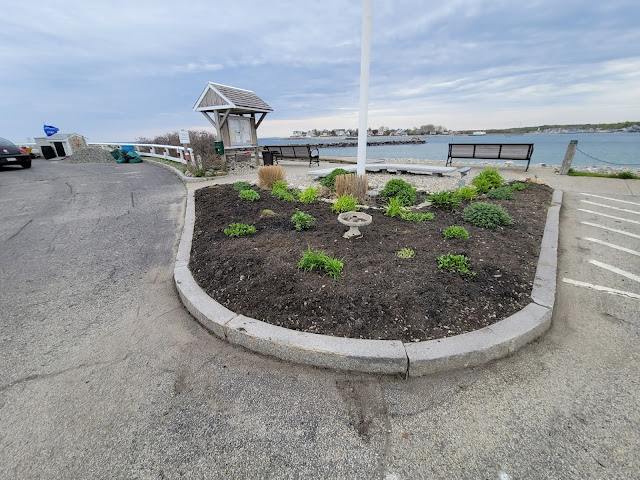 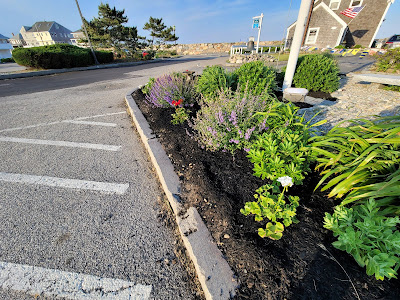 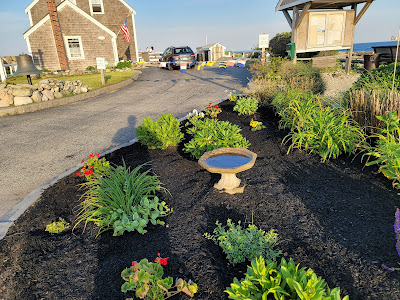 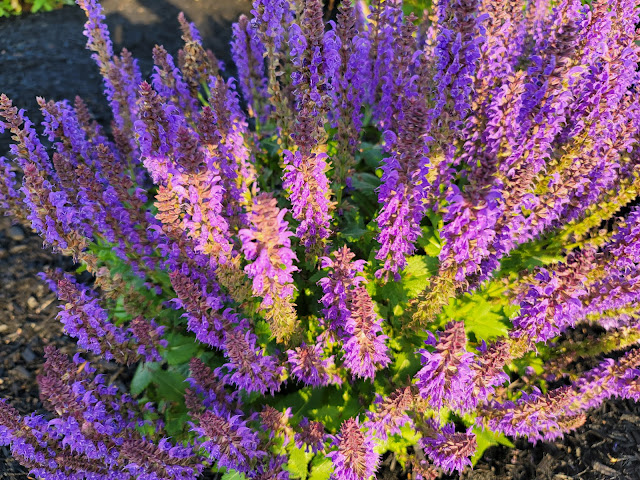 The banners went out in April. It continues to be a thrill to see people stopping to read them.  The sewer line was replaced and that led to the digging up of the small courtyard on the ocean side of the house. I am trying to get the grass to grow but a water ban just as the lawn was seeded hurt that cause. The grass is growing but more slowly than it might have had we been able to keep it watered at the start.
Furniture got moved and the results have worked out so far. A small couch went to the utility room. A bigger couch went to the living room where one of us can be found reading regularly. Two matching chairs went into the former tv watching room. That has become a more polished looking room with the shift. And a tv shifted into this office so that I can keep up with my basketball games while entering grades. Or writing blogs. 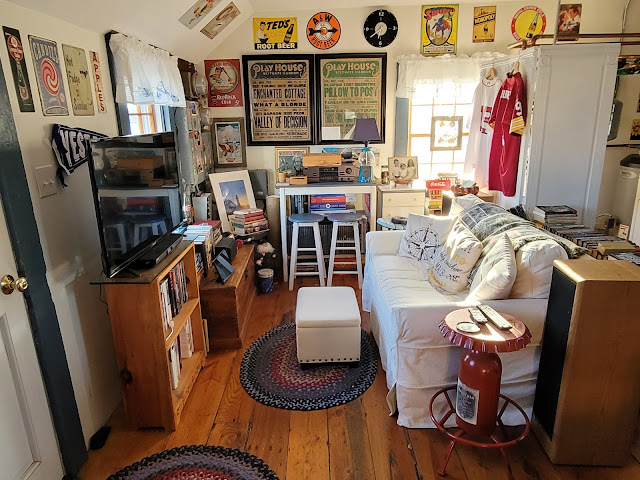 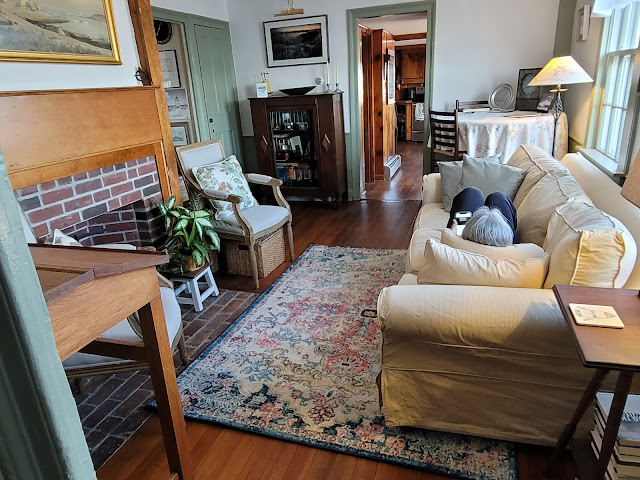 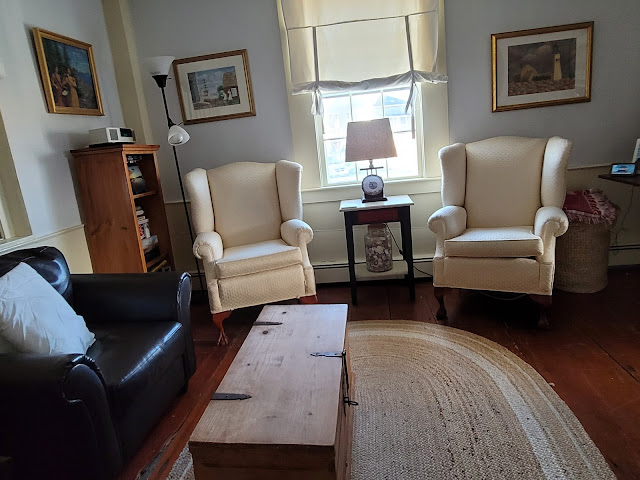 I am not on a job this summer for the first time since I was fourteen. One project in the works is too refinish the kitchen table. Another is to build a book giveaway box for the end of the driveway. I have done some wood working already and have hung some wooden buoys on the house that I mill down and paint from scraps of 4 by 4\’s. There is a chance that there will be more blogging in this time too. Come on back by to see.