There are storms here that bring in stone. I shovel that stone some of the way back to where it came from or I use it for another purpose. I don\’t think I will be shoveling these. 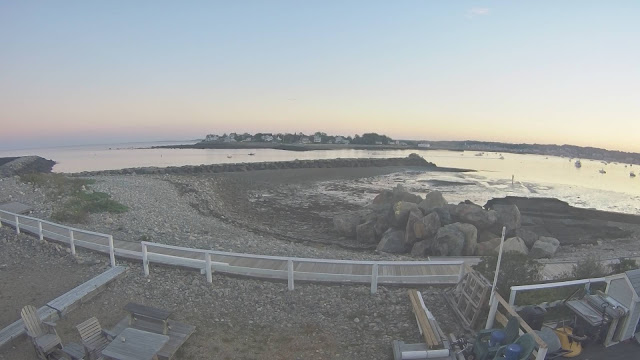 This pile of rocks came ashore from a barge this morning and will eventually make its way to the end of the north jetty. The patch looks bigger than the small jetty (in its very broken state) looks. Kids have been playing on the pile all day. All weekend it was the rubber ramp that brought the backhoe out to the barge that served as jungle gym. It was like a giant diving board extending out into the small bay. I would have thought that the kids would come off covered in dirt and fuel but I didn\’t hear any yelling.  We will see what the next step is tomorrow. Will they add to the pile or begin to work getting these transported to the end of the jetty?  Check back later to solve the mystery.